I just came across a nice post by a student who’s enjoying Rio this summer (I mean, “our” summer and “their” winter, since things are upside down there, as is known). It sounded to me like the discovery of the “homem cordial”.
It’s actually a great piece, and it made me think of “cordiality” as a pharmakon: veneno and remédio working together…
In fact, when it came to the odds of being “cordial”, Sérgio Buarque de Holanda quoted Nietzsche, in order to counterbalance the optimism around the cordial man: “Your inadequate self-love makes you a captive of isolation.”
The English translation of Nietzsche’s passage doesn’t seem to make justice to what Sérgio wanted to say (which perhaps depended on a slightly odd translation of Nietzsche’s fragment). In Portuguese, as the readers of Raízes do Brasil know, it appears as “Vosso mau amor de vós mesmos vos faz do isolamento um cativeiro”. This means, I guess, that cordial men are just afraid of being alone…

In other words, the lack of introverts in Brazil is the proof of a deficit in subjectivity, or at least some sort of inability to explore the depths of individuality. If we push this idea to its limit, perhaps the person who  approaches you cheerfully in the streets is just incapable of sustaining the tragic dimension of his or her existence. That’s why s/he approaches you.
But who the hell wants to think about the tragedy of existence once we’re under the tropics, in front of the luxuriant power of a nature that ties and unties any stuff? Why keep something (ourselves?) that we can just let go, give away? What if we can break free from ourselves? Isn’t that good in the end?
There’s a nice, short article on Nietzsche and Sérgio Buarque de Holanda by Ernani Chaves at Cult magazine (it’s necessary to scroll down to “Raízes do Brasil e Nietzsche”.)
And Sérgio Buarque de Holanda’s Raízes do Brasil will (finally!) appear in English, through the University of Notre Dame Press. It’s great news. 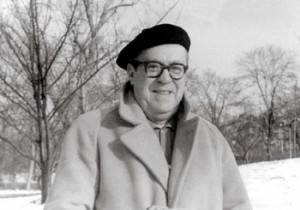 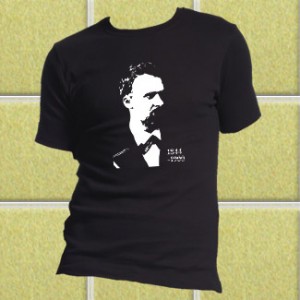 Join the discussion and tell us your opinion.

Well, it’s nice to think of my introversion as a profound comfortability with the tragic dimension of my existence. Still at the stage where it feels infinitely more natural to ponder a tree in shared silence than pipe up.