Le Brun’s passionate drawings strike me as being at once actual and imaginary.
What if we think of passions in its archaic sense? What if, instead of a desire that originates in the autonomous subject, a “passion” is seen as a movement of the soul that is independent of our own will?
If we look closely, in Le Brun’s depiction of passions we find a drama that claims the face, or rather, a drama that makes itself known through the contorted features of a face subjugated by a concrete external force. It is a rapture, a taking over or intrusion of another creature that seizes the human beings, disfiguring them.

Le Brun’s drawings were published in France in 1727 by Audran, who refers to his master as someone who had followed the ancient philosophers, thus considering the passions to be a movement of the soul in its sensitive part.
Can we nowadays fully understand Audran’s claim? To understand Le Brun is perhaps to return to a time before the Enlightenment. But that’s a threshold we rarely allow ourselves to cross. 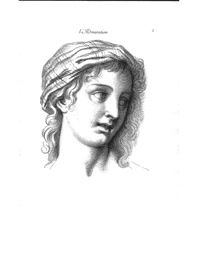